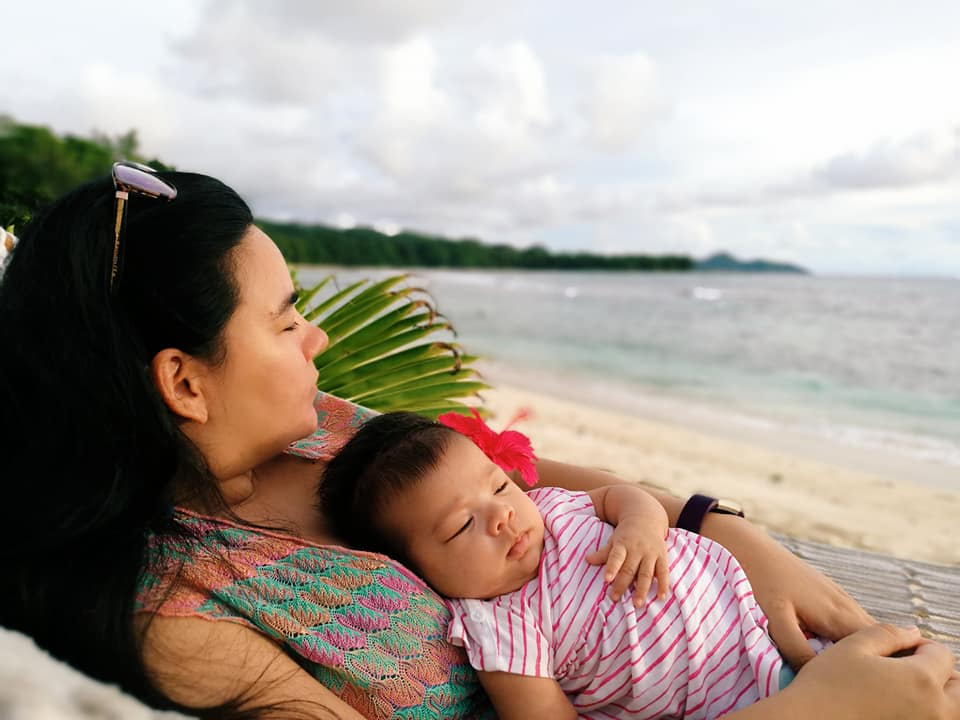 Miscarriage- The Fragility of Pregnancy

Losing a baby, whether through miscarriage or stillbirth, is something women may carry with them all their lives. Even though miscarriages and stillbirths are the most common reasons for losing babies during pregnancy, many women still suffer in silence because the subject remains taboo, making it too uncomfortable for them to share their feelings out of fear of burdening others with their pain. Fran Ah-Mane talks about her losses — three miscarriages. Fran explains how having multiple miscarriages made it hard to enjoy her pregnancies and how it was a mental struggle. This is Fran’s story.

My husband and I live in Malaysia where we juggle our studies and caring for our two young children. Before pursuing our specialist training, we both worked at the Seychelles Hospital. Having come from a nuclear family, my concept of what ‘success’ meant was the whole picture-perfect house, white picket fence, a husband, a dog, and three happy kids, and so most of my life decisions were made with the intent to achieve that. I’ve gone through life very much in control of situations: I’ve studied, I’ve worked, I’ve filtered out incompatible partners, but not once did I realise that having children was something I couldn’t control. Having fertility problems and miscarriages were never in the plan, meaning I never prepared myself for them. My husband and I had been together for many years when we got married and didn’t see any reason to wait before trying to conceive. I had the puzzle pieces of the stereotypical family that we both wanted and we thought I’d get pregnant without difficulty.

When you try for as long as we did, you forget that pregnancy is 9 months long

As the months of ‘failing’ turned into years, we began getting a bit distressed due to the difficulty we were facing. That’s when we had the first of our three miscarriages. The first was what’s known as a chemical pregnancy. It’s when your home pregnancy test turns out strongly positive, but unfortunately you don’t make it to the ultrasound for confirmation. We miscarried at what I estimate to be five weeks. I was devastated. When you try for as long as we did, you forget that pregnancy is nine months long. You just presume the double line on a pregnancy test is confirmation you’re having a baby, but it isn’t. So many things can go wrong, and it was deeply saddening to lose the pregnancy we’d waited so long to have. I remained hopeful at that point, knowing that miscarriage is commonplace and that a quarter of women have experienced a miscarriage at some point in their life. I didn’t feel too bad about the first — I called it ‘the false start’ because it was a relief to know we could get pregnant.

The real nightmare came with the second positive test a few months later. Seeing the double line, I stopped myself from being too optimistic. Instead, I waited until the scan and was elated when it was confirmed. Yes, I was officially pregnant. The three weeks which followed were some of the worst weeks of my life. I had constant bleeding, I was extremely worried, and even if all the medical professionals told me it was just ‘implantation bleeding’ I knew something wasn’t right. It was after having celebrated the baptism of my friend’s baby that we went home and… what happened next I can only describe as ‘everything just slipped out.’ I couldn’t believe my baby was just a bloody mass on the bathroom floor.

I could see the pity in their eyes, not just that night but for months later

My husband, in utter denial, took me to the hospital where it was confirmed that we had miscarried at 10 weeks. I was admitted for dilation and curettage (D&C), a procedure to remove tissue from inside the uterus. This was the miscarriage that broke me. I felt ashamed and defective for not being able to do what everyone else could. What was worse, the hospital where I was admitted was my workplace, so the nurses and doctors were my colleagues, some were very close friends. I could see the pity in their eyes, not just that night but for months later. Being faced with people every day after at my workplace who knew my intimate loss was hard. I had to go back to work the very next Monday as a D&C is considered a minor procedure that doesn’t mandate any length of sick leave. It was difficult walking into the lab knowing that some of these very people were working the night that my blood work and diagnosis were sent.

I went through a very dark time for months, and even though we fell pregnant immediately after the procedure it was very difficult to bond with my pregnancy or enjoy being pregnant. I was terrified of another miscarriage, I was wrought with anxiety and I don’t think I ever recovered from the trauma of the second miscarriage. I did give birth to a healthy baby.

My third miscarriage occurred in early 2020 while attempting to conceive our second child. It was another chemical pregnancy and a lot of the feelings I thought I had addressed resurfaced. However, very soon after we conceived our second child and, again, I didn’t feel very connected to the baby during the pregnancy because of fear and anxiety of another miscarriage.

My mental health took a turn for the worse

A lot of people want to hear the ‘rainbow after the storm’ type of thing where I say that after having my children everything was alright. Sadly, that isn’t the case for me, and I don’t think it’s the case for many women who experienced a miscarriage, let alone multiple miscarriages. My mental health took a turn for the worse from it all. I hold deep resentment and anger towards people who I feel should have been supportive but weren’t. Instead of being the happy person I once was, I became more introverted and depressed. I never sought therapy for it, and it was never offered. There was never a review or check-up after the D&C to see how I was doing mentally and emotionally, and a lot of the unaddressed trauma has left me a more pessimistic, anxious person.

It was a relief to know that I wasn’t alone

I never told anyone what happened because I felt ashamed, and I didn’t want to dampen anyone else’s mood with such a sad topic. Then a friend invited me to lunch. We’d been friends since we were teens and she knew right away I was off, and asked if I was okay. I told her what had happened. It felt good to have said it, and it felt so much better when she said she’d gone through a miscarriage herself. It was a relief to know that I wasn’t alone. I had someone who understood what I was going through, truly understood, and that feeling of not being alone and being understood was very comforting. What I found hardest was facing people at work. The privilege of experiencing my loss privately was taken away from me because I was a health care worker. People don’t realise that health workers don’t get much in the form of patient confidentiality.

It felt like our pain was an inconvenience to others

There was the general insensitive ‘you’re young you will get pregnant eventually’ unsolicited comments. But those weren’t the worst. The worst when I overheard a conversation that my husband had with a family member. I realised I had leaned on him throughout it but he had lost a child as well and he was seeking support and comfort. Sadly the conversation steered away from us as a couple suffering from the loss of our child to a conversation about another pregnant family member and a pregnancy issue she was having (seeking advice because my husband worked in obstetrics). I don’t even know how to express what I felt when this happened. Here was my husband expressing the loss of his child, looking for support only to be told ‘well there’s nothing we can do about it’ and then having someone else’s pregnancy thrown in his face because he worked in obstetrics. It just solidified to me that our pain was an inconvenience to others and this made me even more reluctant to open up about the pain and anxiety I was having.

When I was pregnant with my first child, my husband sent me Mother’s Day flowers at my work. One colleague commented that I wasn’t a mother yet, and I guess that also would come into some of the most insensitive things people say out of jest. I was a mother, I was also a mother to the child I was carrying and some people who miscarry feel they are the mother to a child in heaven.

We need to make room for women to discuss miscarriage and the mental health issues that come with it. I don’t think women prefer to stay silent. I think miscarriage is taboo and there is nowhere to speak about it. I’ve always felt disheartened that there was never a follow-up assessment after my miscarriage to assess my mental wellbeing. It was left up to me to seek it, and I can tell you from my experience as someone who struggled I didn’t have the strength or motivation to seek the care I so desperately needed. I still have some lingering issues because of it.

We need to make a space for women to connect and share their pregnancy loss as well as get the necessary support and therapy. Some women go through a mourning period after a miscarriage, especially miscarrying late in pregnancy, and that support is important.

Based on my experience, I know that pregnancy after a pregnancy loss is very hard to go through. Whatever you are feeling is valid, and if you feel you’re not able to enjoy the pregnancy, you are always anxious, then talking to someone will help.

My mother told me about her losses. Talking about pregnancy loss was never taboo in my family, so when my children are old enough I’ll talk about my losses to them. I don’t want my children to feel ashamed about it, and I want to raise them to be compassionate and supportive about the topic so if ever they or someone they know goes through it, then they’ll understand to just be there and help the person however the person needs to be helped.

I hope that by sharing my story, people will learn to be more sensitive towards women as well as men who have experienced pregnancy loss. To be aware that a few of their friends are probably going through it right now, so be open, be a space where these people can seek comfort and support. I also want women to know they’re not alone, and that a lot of the happy moms with kids you see today have gone through what you’re going through.

If you’re aware of a professional service that provides advice and support for miscarriage, stillbirth and newborn death, please leave a message via our website or Facebook page, so we can share the information with our readers. 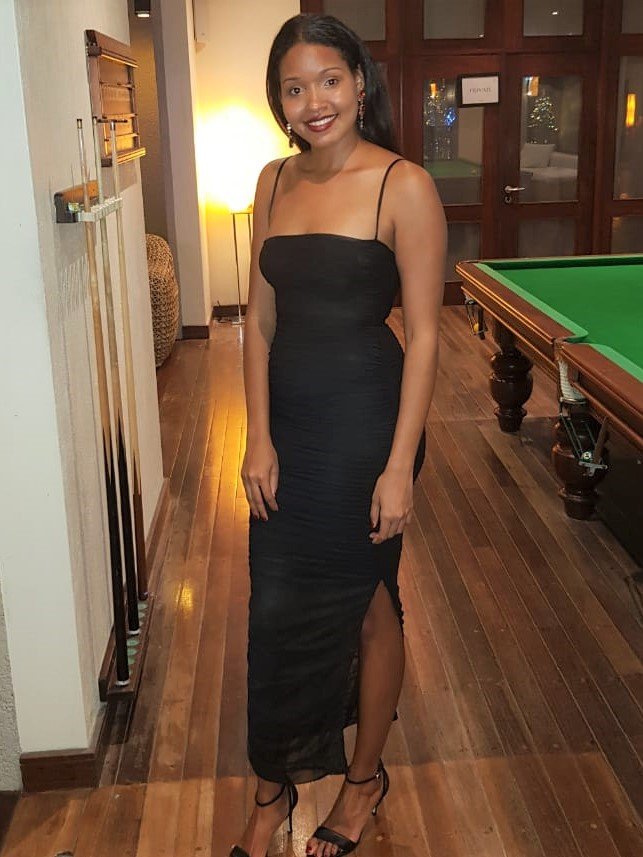 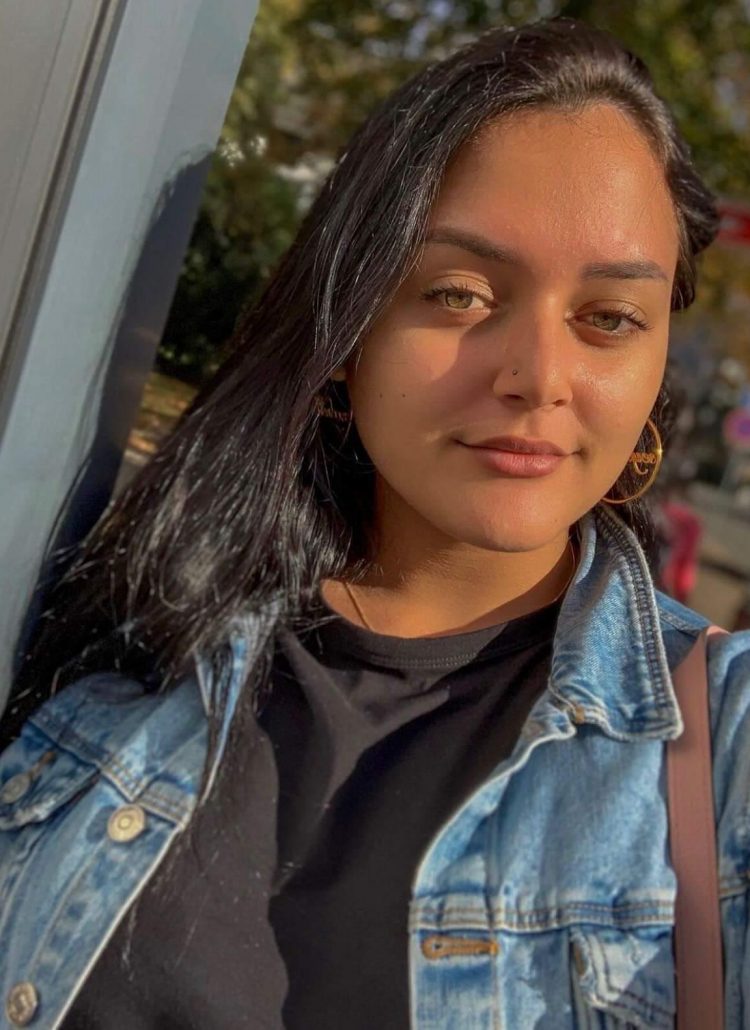 In conversation with Oceane Eichler 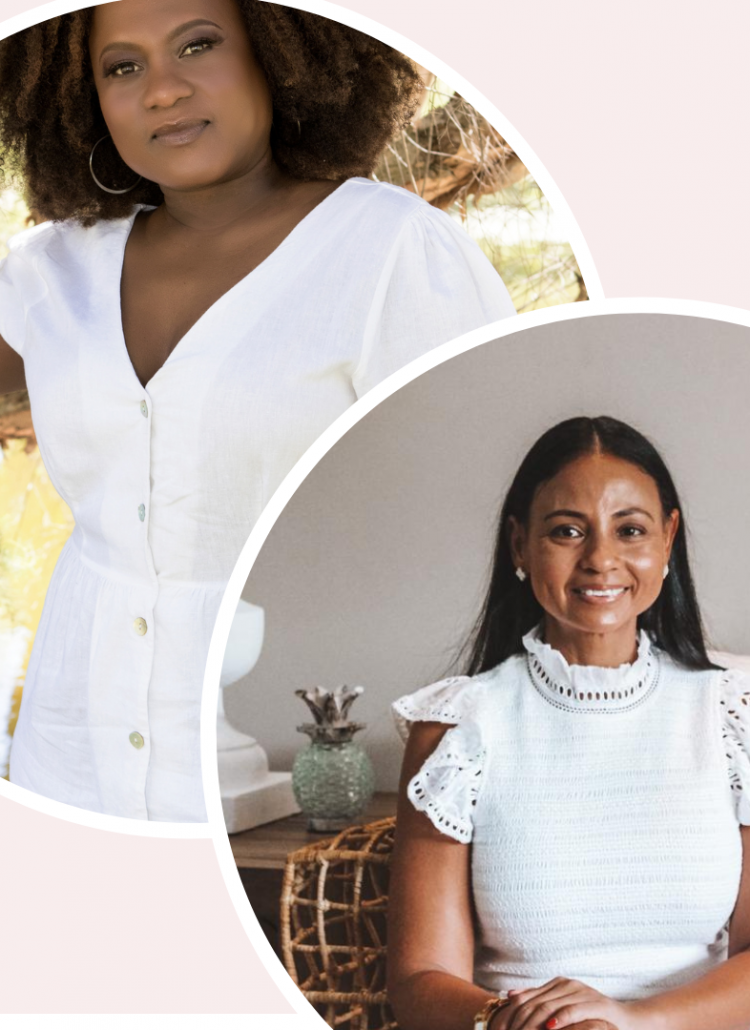 Their Challenges in Print-Inspiring Others 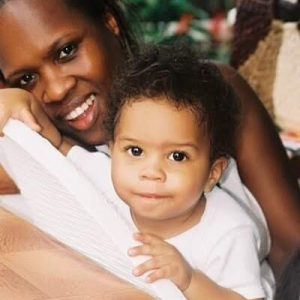 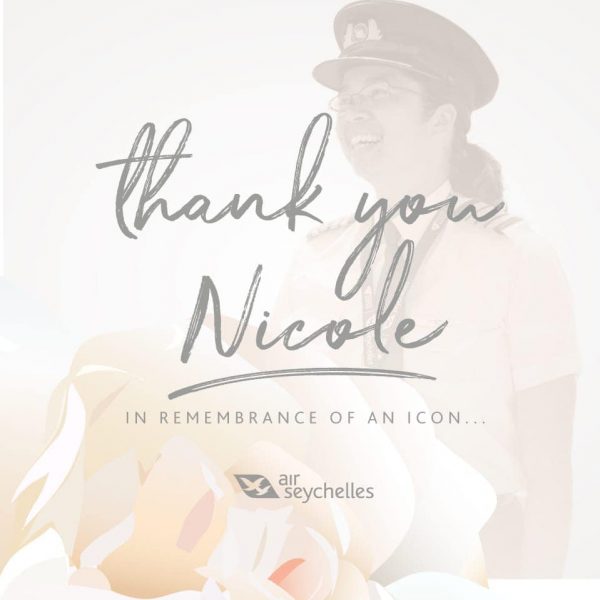 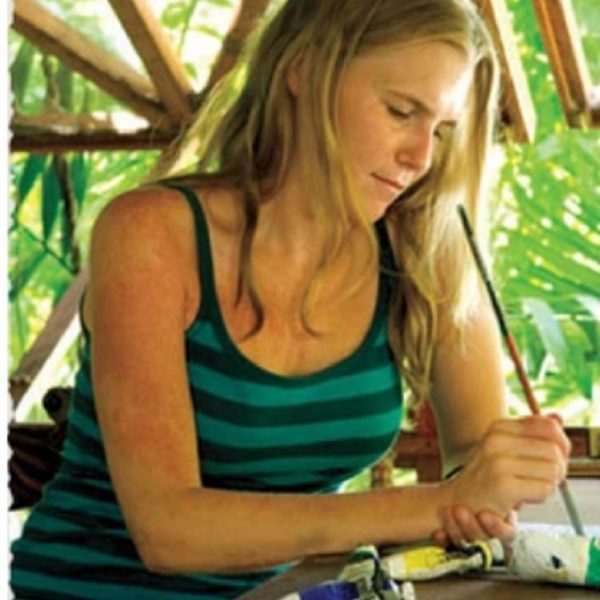 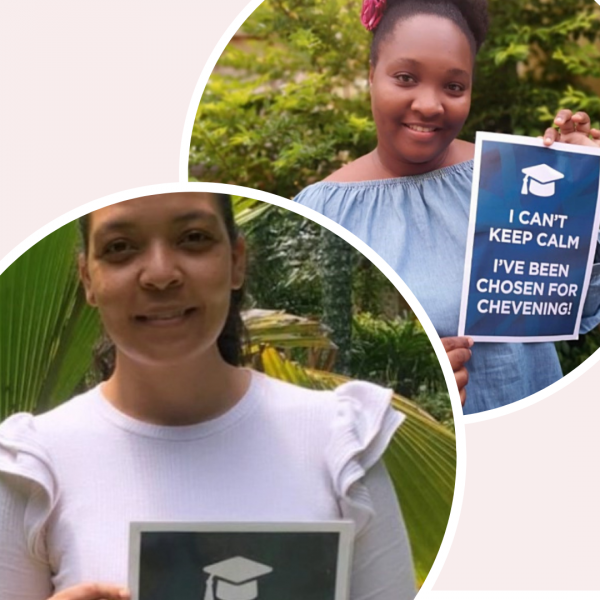 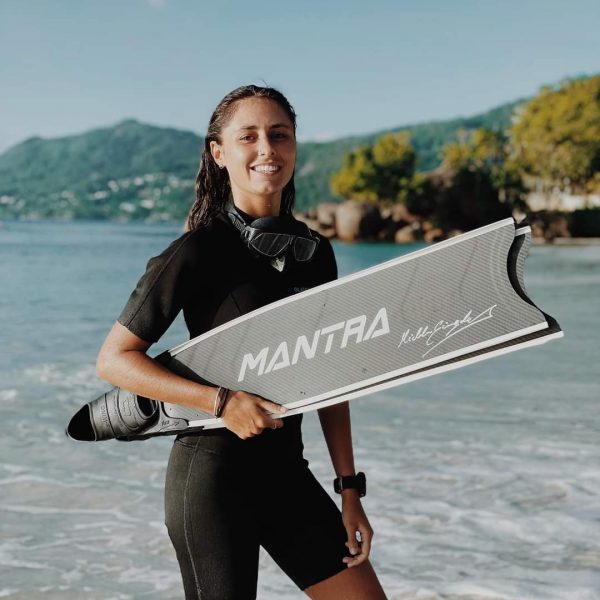 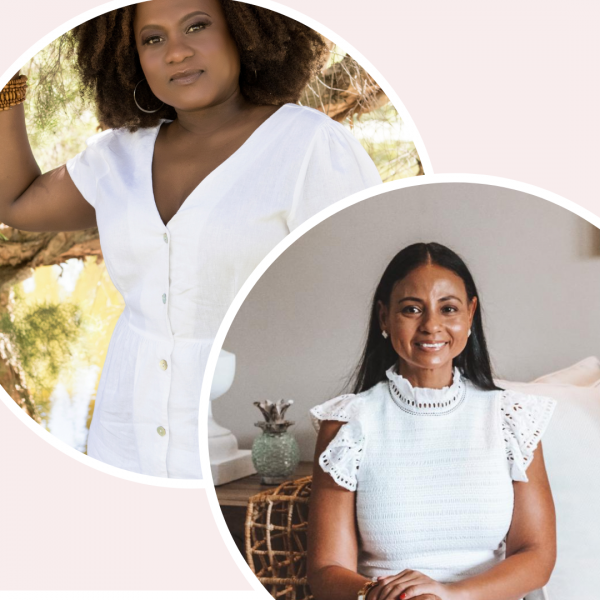