We discriminate against each other for our differences and miss out on the beauty that lies in that difference. We forget that we are ultimately all still Seychellois no matter how we may look. Our ethnicity is part of who we are and when that part of us is attacked – it is an attack on our identities.

This year has unquestionably been a very tough one for everyone in some way as a result of the ongoing pandemic. It is a year that has been turbulent with anxiety, grief, adaptation and innovation. Seychelles has been incredibly lucky to have experienced minimal exposure to the virus. Most of us are privileged to say that we have become more grateful for our access to technology and social media that has refocused the way we socially interact with each other, but also a realized gratefulness for the missed physical interaction with loved ones.

Social media is continually proving just how powerful it can be; connecting experiences from all around the world. A significant topic of discussion and awareness that took storm on social media was race – specifically the respark of the Black Lives Matter (BLM) Movement. While the BLM took off again in May this year, it was originally triggered back in 2013; Trayvon Martin, an unarmed 17-year-old African American boy was unlawfully shot and killed by George Zimmerman. Trayvon was shot by an armed community watcher who decided to gratify his biases than await assistance from police over a suspicion. This injustice sparked BLM protests demanding justice and it took 44 days for Zimmerman to be arrested.

The respark this year, was the result of a video that circulated of George Floyd – leaving the world in shock just before the onset of global lockdowns. George Floyd: was a black man with aspirations, a son, a brother, a friend, a partner and a father to 5 children. The world watched as he was brutally and wrongfully murdered by a police officer on the suspicion of possession of counterfeit money. The widespread video of his last words as he was suffocated to death- “I can’t breathe” – echoed throughout the world. Soon the whole world, too, would be worried for their breath – for their life. Sadly, this anxiety has been resonating for the black/brown community in America for far too long, who have been and continue to be subject to police brutality as a result of systemic racial profiling. People took to the streets in protest despite the anxieties of the pandemic and people across the globe took to social media to raise awareness about police brutality in America and the inherent institutional racism that lives in a land of the free. People also began sharing their personal experiences of racial discrimination in their countries and those who didn’t have an experience to share, took the time to listen and learn. BLM’s mission is of course primarily in the context of racism in America, but it can transmit to any society in some shape or form, because racism is effectively everywhere. Whether we acknowledge it or not.

So how does BLM influence Seychelles?

Our history reveals that Seychelles was a completely uninhabited island. The melting pot nation that we are today is a result of generations of all kinds of people of varying descents settling on the island and essentially intermingling and intermarrying. Seychelles has a beautiful parallel between the diversity of nature and the diversity of its population. In many ways we precede the future of the globe, by way of our interconnected and diversified population. One of the smallest countries in the world; we have the potential for great things in any aspect, however, discrimination is one thing that still prevails in our little society today.

There’s a philosophical thought experiment that questions: if a tree falls somewhere in a forest, but no one is there to witness it, does it still make a sound? My contention is that it does; just because we may not experience something the same way someone else does, it doesn’t invalidate that person’s reality and truth. There’s no real way of me confirming whether the tree made a sound or not if I didn’t witness it, but it doesn’t make it untrue.

Discrimination shows up in our society today through implicit biases of each other; whether it be racially charged, xenophobic or homophobic. While there are rarely cases of violent discrimination – microaggressions can be a silent killer. Every Seychellois looks different, something that should be part of our pride, but too often distinctions are made. Your particular ethnic descent becomes an immediate defining factor for how someone may treat you and ultimately how you may view yourself. Seychellois who are black are mocked with racial slurs for being darker skinned, Seychellois who are mixed are accused of having an air of superiority or privilege for being dark but not too dark, Seychellois who are white are mocked for being too light skinned and not African enough and Seychellois who are Asian are mocked with racial slurs for being too Asian. We discriminate against each other for our differences and miss out on the beauty that lies in that difference. We forget that we are ultimately all still Seychellois no matter how we may look. Our ethnicity is part of who we are and when that part of us is attacked – it is an attack on our identities.

Social media can act as a great tool for driving change and encouraging compassion, the downside is that it can also aggravate negativity and detrimental biases. Trump’s rhetoric spread like wildfire through the internet world and its influence is evident through increased global hate speech online and increased platform and power to racist, sexist and xenophobic extremists. Seychelles is no stranger to xenophobia. A country grown on the bedrock of diversity, that continues to make derogatory comments about foreigners in Seychelles, doing their part not only for themselves but for the economy, does not reflect our values. We need to do better and be better; learn to see ourselves through other people and learn to appreciate that everyone has their own path and experience. We must acknowledge that people who come to our country are just as much a part of our community as we are and while we may have our own little bubble community between us, we are part of a much larger and even more diverse community that is Africa. Often, I am perplexed that we mentally ostracize ourselves from the African community. The fact is, we are Seychellois, and we are African, and it is something we should embrace and be proud of. We need to work harder to accept our identities so that we may embrace others.

Life is a symbiosis of helping one another in some way, even if it isn’t immediate.

So, for now we may not quite be the racial paradise we appear to be, but we have the tools and hopefully the will and compassion to make that paradise a reality.

As a new contributor, my hope is to be part of an inspirational community between writers and readers; discovering the solace that lies between connecting with people’s experiences and their realities. Despite growing up abroad, Seychelles has always been Home. I look forward to sharing my insights through articles, in which readers may find a reflection of themselves.

As a graduate in Philosophy with Politics, my vision is to intertwine current events with thought-provoking and unconventional ideas. I stay grounded through poetry, singing and yoga – these are my true passions.

In her own Words- Linda Ramkalawan-First Lady of Seychelles 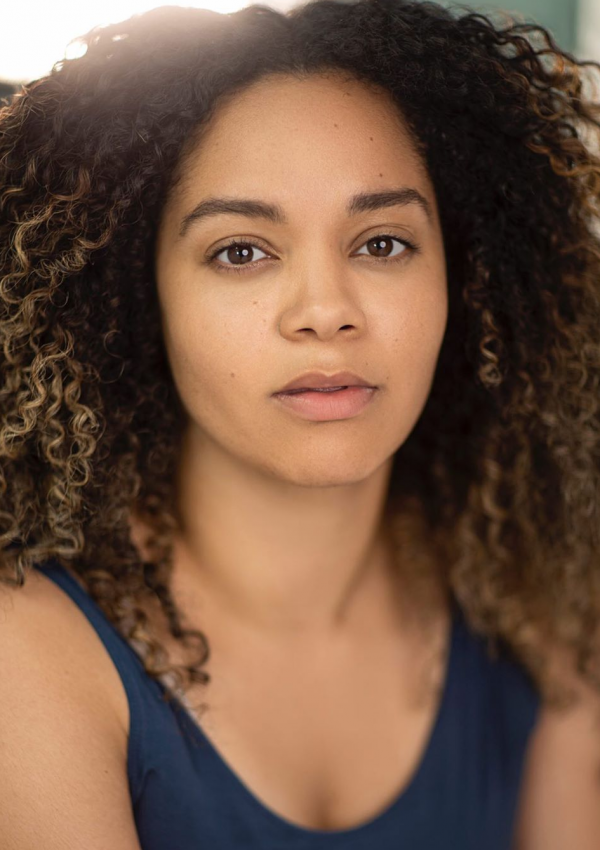 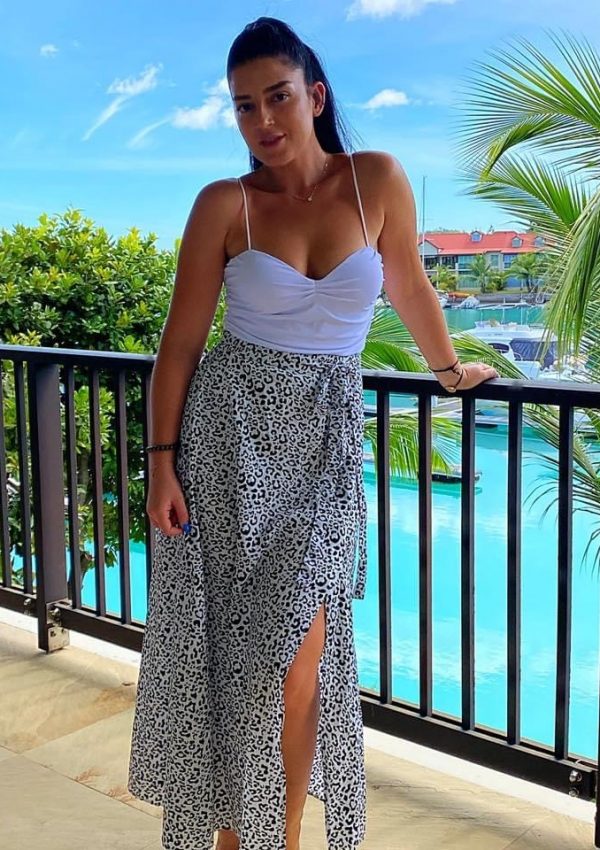 From Passion to Business -Olivia Revera 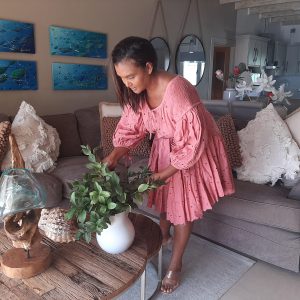 From Passion to Business-Aruna Latulip

Having an autistic child affects everyone: parents

April is World Autism Month, throughout the month,

It’s important to take care of yourself and get

Easter is a time to come together and celebrate ne

"At different stage of our lives, our skin needs d 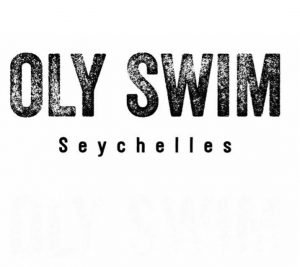 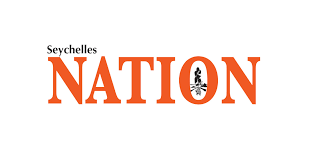 Having an autistic child affects everyone: parents

April is World Autism Month, throughout the month,

It’s important to take care of yourself and get

Easter is a time to come together and celebrate ne

"At different stage of our lives, our skin needs d