Nathan Laporte, 7, is battling Cystic Fibrosis (CF) a genetic disorder. Nathan has pulmonary manifestation and the worst mutation (Delta F508). CF affects mostly the lungs, but also the pancreas, liver, kidneys, and intestine. Cystic fibrosis is caused by a change (mutation) in the gene that makes cystic fibrosis transmembrane regulator (CFTR) protein. In CF, the body makes abnormal CFTR protein or none at all. Without normal CFTR protein, the cells lining the pathways (tubes) inside some organs make thick, sticky mucus rather than the normal thin, watery kind.

One of the biggest struggles for CF sufferers is the difficulty to breathe because of the constant coughings due to frequent lung infections. Nathan was diagnosed with CF at the tender age of five months old. CF is a life-shortening genetic condition that requires punishing and relentless daily management. The build-up of mucus in Nathan’s little lungs is like he’s drowning from the inside. Diana Bouchereau, Nathan’s mother, shares Nathan’s story with Cosmocreole.

Take a breath. Take a deep breath. For many of us, this is a simple act of survival that we take for granted every day, but for Nathan, drawing air into his lungs is a battle —every breath is a struggle and a triumph. Nathan is a little warrior and he is not giving up on life yet. This is his story.

The birth of Nathan was a happy moment, like for any family, an addition to the family is always a beautiful blessing and it was the same for Diana and her then partner Jean-Eve Laporte and their firstborn Yves Laporte. Nathan’s parents were besotted with him and Yves was ecstatic to be a big brother. This happiness was soon replaced by anxiety and fear as Nathan’s health started to deteriorate.

All is not well

At 2 months old, Nathan started getting ill; coughing and struggling to breathe, and was admitted to the Seychelles Hospital. It was a stressful time for Diana and her family as Nathan’s condition was not improving.

” We decided to take him overseas for further investigation when he was 5 months old. I took Nathan to the Saudi German hospital in Dubai. By the time we got there, he was in critical condition and was admitted in the neonatal intensive care unit (NICU) for two weeks. It was there that Nathan was diagnosed with Cystic fibrosis.”

The news was very overwhelming as Diana had no idea that either herself or her partner carried the gene mutation that causes CF, their eldest son Yves was healthy (they’ve since found out that Yves is a carrier too). For a baby to be born with the disease, both parents must pass down the gene mutation. Diana had no clue what this diagnosis really meant in its entirety so she educated herself by doing research and asking questions. In Seychelles, there are currently only three cases of CF including Nathan’s. The other two patients have mild conditions as their mutations are not as severe as Nathan’s.

Life for Nathan and his family changed drastically after the diagnosis. Nathan is now 7 years old, he doesn’t live like a normal 7-year-old boy. He misses playing with his 10-year-old brother and friends. He has spent most of his time in the hospital, and his waking hours on various medications. Nathan doesn’t gain weight easily, and his growth is dangerously slow. Diana explains how tough CF has been on Nathan.

“He normally goes for treatment in South Africa every 3-6 months depending on his condition, we go to Sandton Mediclinic in Johannesburg. Nathan started going to South Africa at the age of 3 years old, he was really sick at that time with a bad lung infection and was hospitalised for 3 weeks. During his stay in South Africa, we found out that Nathan was coughing up blood due to a severe infection of Bronchiectasis.”

This was another heartbreaking news for little Nathan and his family as there’s no cure for bronchiectasis although treatment is available to help the management of the condition. The treatment keep infections and bronchial secretions under control to prevent further obstructions of the airways and reduce lung damage. In Nathan’s case, that was a huge setback. Nathan is always in pain and constantly fighting off infections.

From the age of five, Nathan’s treatment was either in Seychelles or South Africa. As he had the worst mutation, his CF is very complex, and Nathan had undergone multiply procedures to keep him alive. His lung function is gradually getting worse. Diana says that every procedure is taxing on her little boy’s life but Nathan keeps fighting like a little hero. ” In 2018, Nathan had to put a portacath ( a small chamber or reservoir that sits under your skin at the end of your central line and the other end of the line sits in a large vein close to your heart ) because his veins are very fragile and weak. He had the portacath for only seven months due to a fungal infection in his bloodstream and invasive fungal infections can lead to septicemia.”

The portacath was removed in South Africa, and at that time Nathan had to endure more surgeries; he had a gastronomy tube inserted because he was losing weight due to not being able to eat, and two femoral hernias removed. In January 2019, Nathan had a new portacath put in because he needed continuous intravenous antibiotics every 3 months. This was his lifeline.

Surgeries and hospitals have become a ‘normal’ part of life for Nathan. The year 2019 was particularly hard, with Nathan spending so much time in the hospital. Diana and her family were hoping that 2020 would be a better year. Unfortunately, 2020 was the hardest year for the world—the pandemic happened!

In 2020, Nathan was supposed to go to South Africa for a fundoplication surgery, a highly effective surgery for treating gastroesophageal reflux disease and reflux-related symptoms, but due to the pandemic, Nathan had to wait. It was not safe for him to travel but he needed the surgery to stop his frequent vomiting caused by acid reflux in his stomach. Nathan was admitted to the Seychelles Hospital on 25th June 2020 and from there on Nathan had to battle for his life. Like on countless times, no matter the obstacles he faced, of which there were many, Nathan was determined to put on a fight.

“We didn’t expect 2020 to be the worst year of our lives,” says Diana. “Nathan was admitted at the pediatric ward for a bronchial lavage, and was supposed to stay for just three days but due to several bacteria in his body, he had to take intravenous antibiotics. At this point, he started going downhill, and on the 7th July 2020 he started spiking up a fever of up to 40 degrees, and for days it persisted. Day by day it got worse and he had to go on oxygen as his little lungs got really tired. Nathan put up a fight — fighting fungal infections after infections. By the 12th of July, he wasn’t responding to any medications, he laid there for five days without talking and eating.”

At around 5 pm that day, the nurses had a conversation with Diana and her family, explaining the critical state Nathan was in, and then she had the same heartbreaking conversation with Nathan’s doctors. As a mother, the last thing you want to hear is that your son might not make it to see another day. Diana could feel that Nathan was slowly slipping away but she silently willed him to fight.

“That night the doctors told us that Nathan had to be moved to the ICU because he had fungal septicemia, and his condition was critical. My heart broke seeing and my little boy fighting, I couldn’t bear the thought of losing Nathan. They started blood transfusion and his little lifeless body rejected it at first, but in the early hours of the next day, he accepted the blood, a sign of hope that he will see more tomorrows. Nathan didn’t give up the fight—not yet.”

The doctors found the cause of his infection, it was the portacath so he was taken to the theatre to remove it, followed by three further procedures and surgery to repair a punctured lung which resulted to further complications. Through all of this Nathan just hanged on whilst his family helplessly prayed and cried for him.

Nathans spent 14 days fighting for his life. Soon he started to move and talk but his fight was far from over. Nathan was too weak to travel to South Africa in the middle of a pandemic for his operation, so his family had to make the decision whether they wanted to wait or go ahead with the operation in Seychelles. ” It was not an easy decision,” says Diana.

“As the vomiting persisted they decided that he had to attempt the surgery in Seychelles, the doctors explained the risks, but something had to be done. We had to make the biggest and scariest decision, going to the operating theatre was a high risk of him not making it out alive, but by not doing the surgery, he was looking at best 2 to 3 months with us. The thought of losing him terrified me.

“The 13th of August 2020 was the scheduled day for the surgery, knowing that he had to go to the ICU and be intubated on a ventilator broke me into million pieces, but I knew it was the right thing to do and that he was a fighter and he would pull through for his mummy. The surgery took longer than the doctors told us and we got really worried. We later found out that the doctors noticed that he had appendicitis and they had to do an appendicectomy.”

On the 9th of October Nathan got the best news, he was able to go home and be with his big brother, but it was not all good news as he had developed Type 1 cystic fibrosis-related diabetes and he is now on insulin three times a day.

Nathan is at home with his family, smiling and still fighting for every breath he takes. In 2020 Nathan went to the operating theatre 19 times for different procedures and surgeries. His lung function is only at 54%, but he is making the best of the life he has now with the help of a lot of medication. At such a tender age, living with a life-limiting illness, he has accepted what is—fighting for air, violent coughing, vomiting, IVs and the painful procedures. Nathan might not be fully aware of the concept of dying, but his mother says that Nathan is not scared of dying, he believes that heaven is the place where he will be free from pain and cystic fibrosis. He knows that someday he might lose his fight but for now he is living the best life he can, and making memories with all the people he loves. 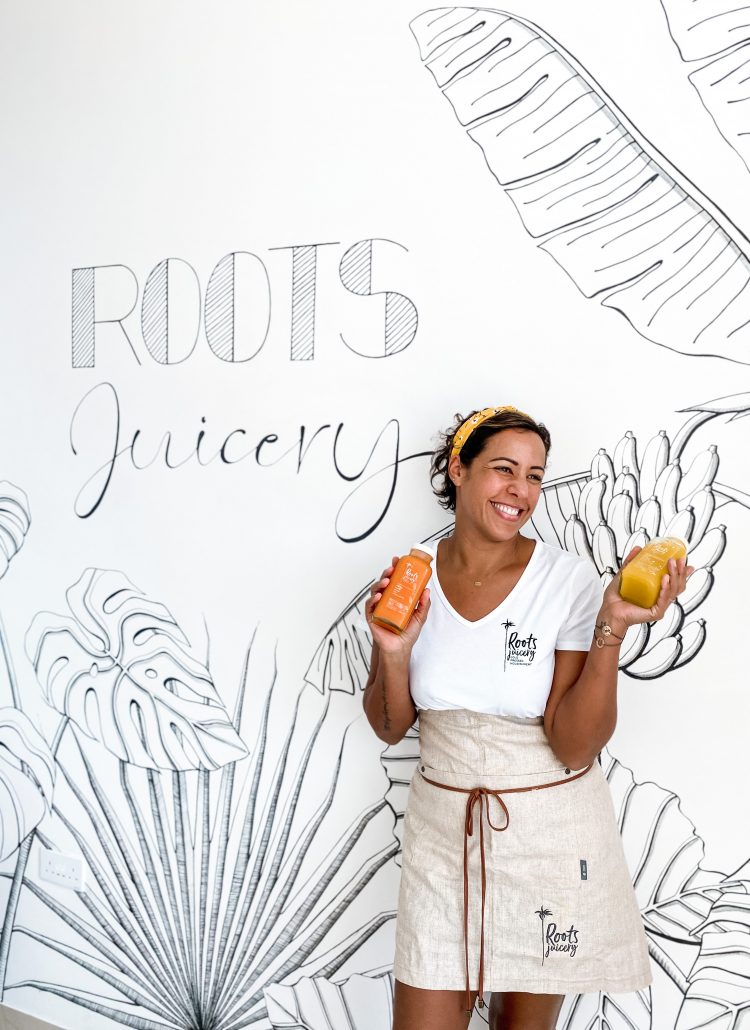 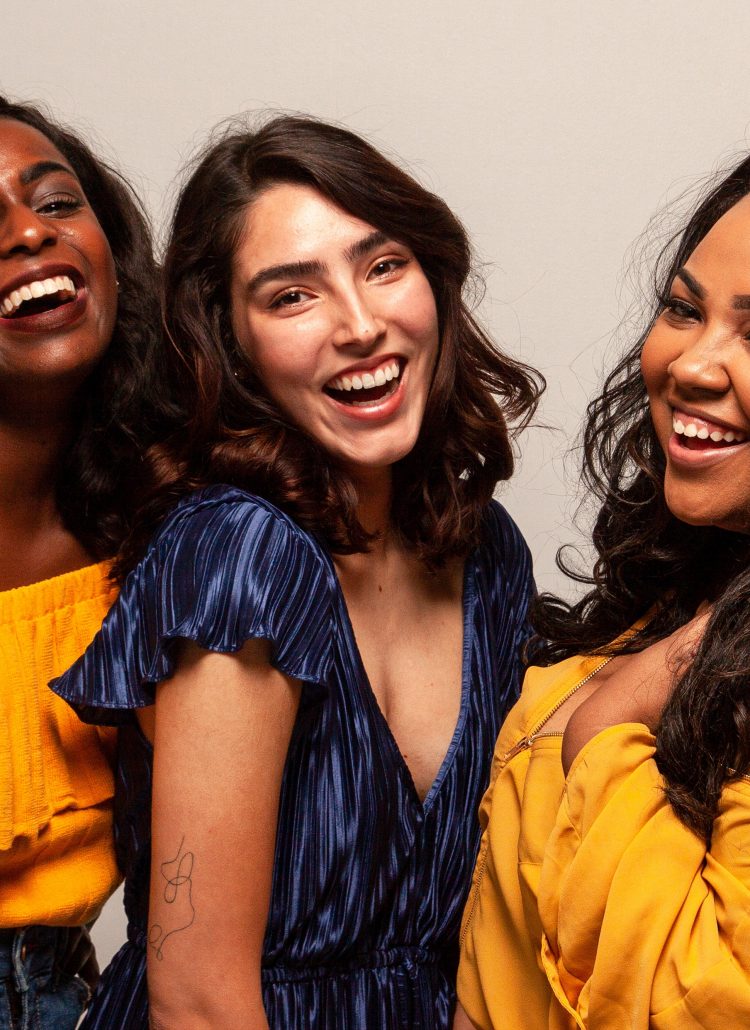 Happy Women’s Day from the Editor 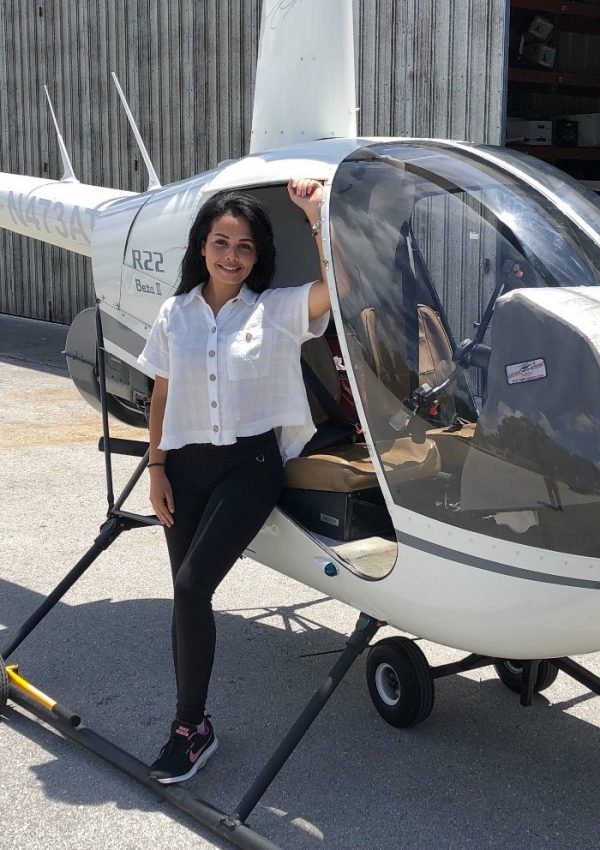 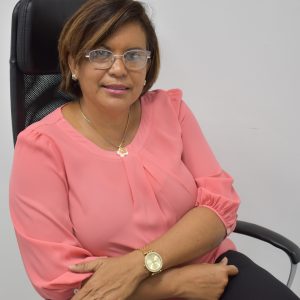