Vanessa’s nine-month training at Palm Beach Helicopters, a helicopter flight-training academy in Florida, USA was part of an ongoing training program developed between her employer Zil Air, the premium provider of aerial limo services in the Seychelles, and the Agency for National Human Resource Development (ANHRD).

I interview Vanessa to find out more about her, her passion for flying and what her accomplishment means to the Seychelles aviation industry.

Congratulations on your achievement, Vanessa! This is fantastic news and a huge celebration for Seychellois women. Did you always want to become a helicopter pilot? Wanting to be a pilot was always what I call a silent dream. I’ve always wanted to be a pilot, but up until 2018 I had never flown in a helicopter.  To say I specifically wanted to be a helicopter pilot would be misleading as I hadn’t yet figured out which type of aircraft would be my calling. Initially, flying airplanes was the direction I thought I would go in, as my experiences stemmed from flying as a passenger throughout my travels. However, what really sparked my interest in helicopter aviation was one memorable day when I enrolled in my first helicopter lesson, flying with an experienced South African instructor over the scenic mountains and waters of Seychelles, instantly feeling a sense of belonging.

What was your career path to becoming a helicopter pilot? Upon being employed by Zil Air, I was put on a 6 to 12-month probation to undergo training in most departments at Zil Air — engineering, operations, customer service, aircraft attendant and crew chief. I gained experience through each of these departments, further contributing to my knowledge in helicopter operations. As I neared the duration course of my probation, I had to undergo three examinations with Gerhard Geyer the training manager. After successful completion of my probation — where I passed my exams and requirements needed by Zil Air for further training — I was awarded my scholarship by Francis Savy, the executive director of Zil Air, in partnership with ANHRD.

What was your first helicopter flight as a passenger? It was in Zil Air’s EC120 helicopter. An amazing flight! I got to take controls from the instructor to do some straight and low-level flying. With beautiful weather and crystal-clear waters, it was unbelievable and unforgettable.

And your most memorable helicopter flight as a pilot? My most memorable flight as a pilot was in Florida. That was my first solo cross-country flight from Lantana to Airglades to Boca, a distance of 53 nautical mile one leg. I departed Lantana feeling somewhat nervous with butterflies in my stomach, flying over alligator-filled swamps and open fields heading on my straight-leg flight to Airglades and then proceeding to Boca. Upon arrival at Airglades airport, I had to hover and wait for parachuters to land so I could land, refuel and proceed to my next airport – Boca. After meeting requirements asked, I proceeded back to my original airport of departure – Lantana. This was the moment I had to apply everything taught by Palm Beach Helicopters and it was a moment of great pride and joy after completion!

What’s your favourite helicopter landing site and approach? Helicopter pilots have the ability to land anywhere deemed safe and legal by the Federal Aviation Administration in the US. The best landing I’ve had would be in the night sky of Miami and landing on the rooftop of a Heliport building. The city was lit up with lights, definitely one of my most favourite landing sites by far!

In Seychelles, aviation is a male-dominated industry. Were the gender demographics different when you were studying in the USA?  To an extent yes and no. During my training at Palm Beach Helicopters, I recall seeing only two other female pilots in training compared to 12 male helicopter pilots in training, thus there not being much difference to that of the gender demographics in Seychelles. However, the USA offer scholarships specifically for women, encouraging them to pursue careers in aviation. Hence getting rid of this controversy that aviation is for men only.

Speaking of controversy, what’s the biggest misconception about women in aviation? I get asked this question occasionally. Definitely gender inequality, whereby females have to play the role of traditional women while the men would go to work. Others believe that women aren’t mechanically inclined and have trouble learning to fly aircrafts, therefore lacking trust in us women as pilots. I believe we have proven this mindset wrong and we’ll continue to show we’re as capable as men. Although today it’s not as bad as it once was, it’s definitely a belief that some still strongly have.

Has gender been a challenge for you in the Seychellois aviation industry? So far, no. I haven’t experienced any gender discrimination. At Zil Air, there are four female pilots (two foreign female commercial helicopter pilots, a Seychellois female fixed-wing pilot and myself), which is a promising step. Zil Air is creating balance and fairness between genders, it makes me very happy to be a part of such a team! I am not too worried about this.

How does it feel having that responsibility as the Seychelloise who broke this ‘glass ceiling’? Being a pilot is itself a great deal of responsibility, so being the first female helicopter pilot in Seychelles is definitely going the extra mile. And one which I’m very proud of.

How do you think the industry in Seychelles will change now that we have a female Seychellois commercial helicopter pilot? I hope my path will inspire other female Seychellois, allowing them to know it is entirely possible to pursue a career in this “male dominated” industry and do so very proudly indeed!

What advice would you give young Seychellois women interested in becoming helicopter pilots? Dream big, ladies. With every new day comes new strength and new thoughts. Don’t ever let your past define your future. At times, we let the comfort as well as fear hold us back, failing to remember that life’s too short to live with regrets. It’s never too late to start a new beginning. I’m 27 and ready to start this new chapter in my book. We must understand that the possibilities are endless and not just in aviation but in every aspect of study that we’re passionate about. If I can do it, so can you!

Do you feel that your career choice will be an inspiration for your six-year-old daughter Tia? This makes me laugh! I have asked her if she would follow in Mummy’s footsteps and her answer was a straight “No”. From the age of three, she has had a fond love of animals, and three years later she loves them even more so. Tia is a very caring little girl and her dream is to be a veterinarian. She would love to help all the poorly animals get better. Although she loves listening to my stories of flying, I don’t think aviation will be for her. But we’ll see what the future holds.

Who’s your aviation hero? Captain Jacqueline Cochran [American pilot who held more speed, distance and altitude records than any other pilots during her aviation career]. She grew up in poverty and pursued a career as a beautician later, taking her first flying lesson in 1932 to become the first woman to enter the Bendix Transcontinental Air Race. She beat all the odds of her past upbringing and didn’t let it define her future. That is true inspiration. In addition, Captain Nicole Chang-Leng for being Seychelles’ first female Boeing 767 pilot for Air Seychelles. She is definitely one of my aviation inspirations.

If you could fly a private helicopter for a famous person, who would it be and why? Oh, the list would be too long. I would love to fly Tom Cruise as he stars in one of my favourite aviation movies, Top Gun.

If you could fly a helicopter anywhere today, where would it be and why? There are so many places I could only dream of flying to and one would be the Grand Canyon simply for the vast and endless beauty it withholds.

What’s something most people don’t know about you? I’m 5ft2in. I may be small, but I am fierce.

What are your other interests outside of aviation? I’m very creative, I love to do DIY in my spare time. It’s my time to wind down and what I call my therapeutic time! 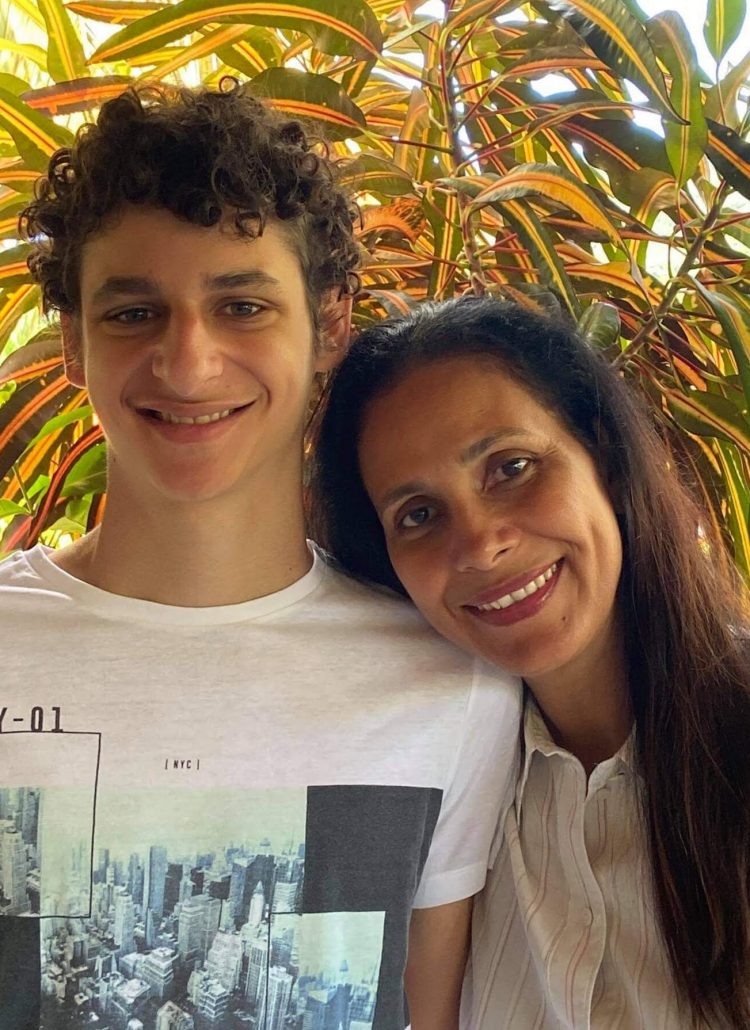 Autism and us: Raising Matteo-Lyn Lavigne 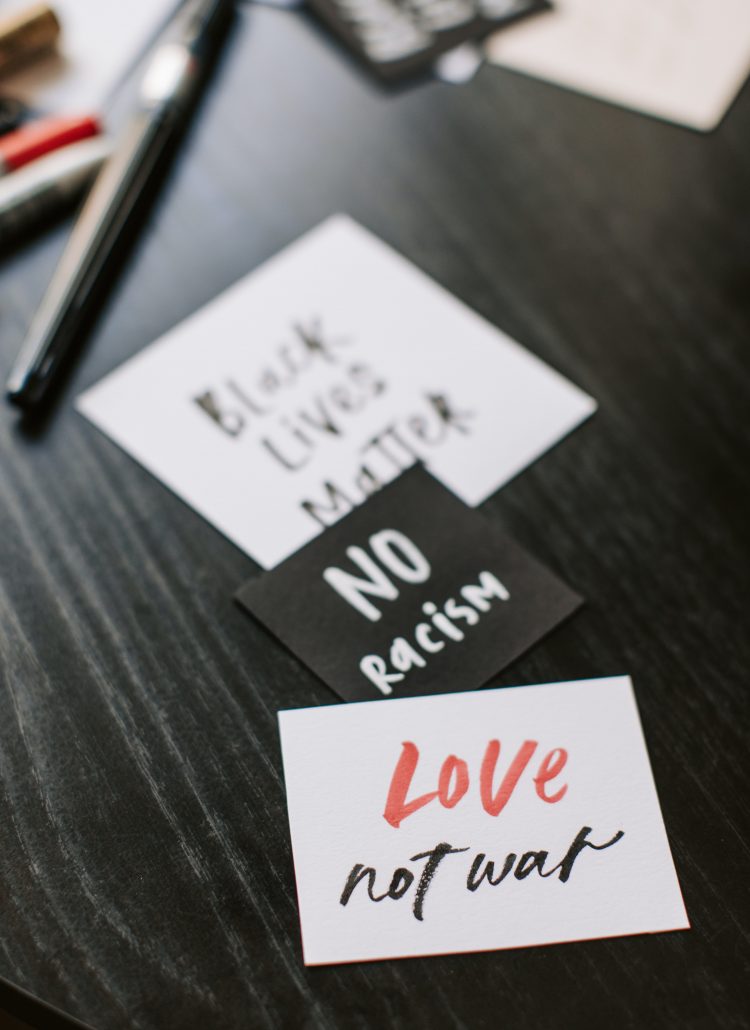 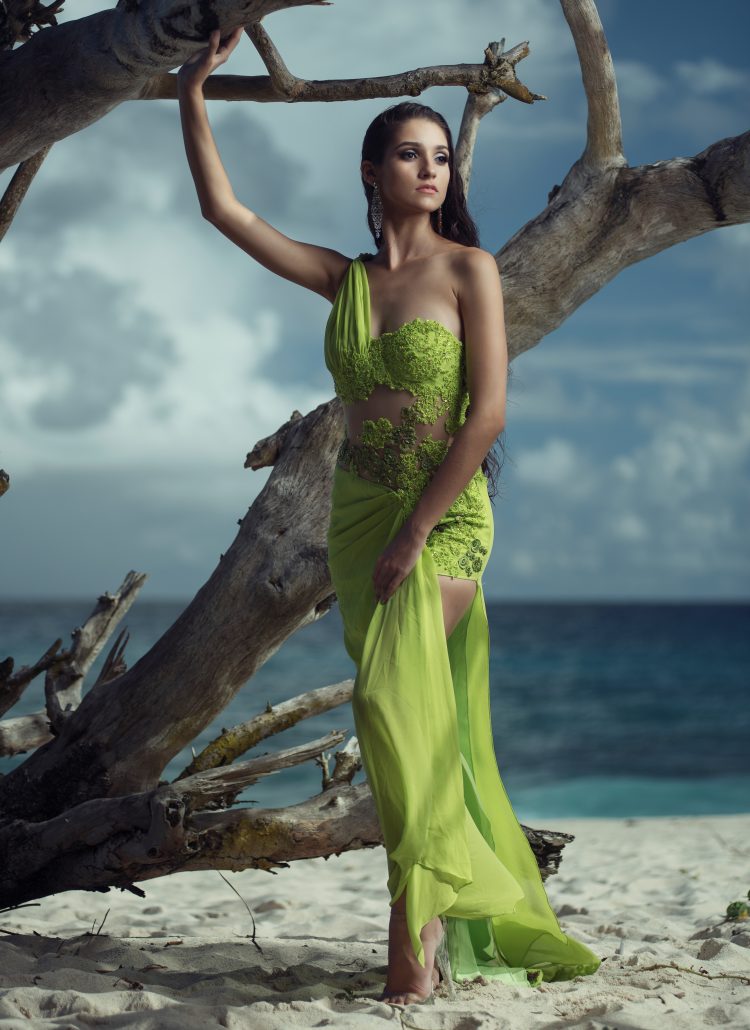 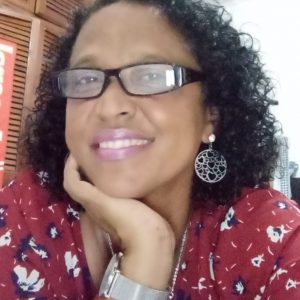